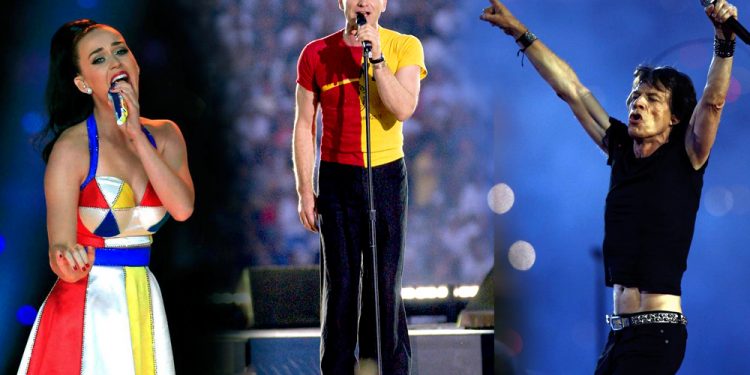 This Sunday, an estimated 150 million people around the world will tune in to watch Super Bowl LI between the Atlanta Flacons and New England Patriots and the halftime show featuring Lady Gaga.

Here are the 11 Super Bowl halftime show performers who have learned Transcendental Meditation:

Paul McCartney played several of The Beatles greatest hits at the 2005 Super Bowl.

Paul McCartney is one of the most notable practitioners of Transcendental Meditation. He learned the technique with the rest of the Beatles at the end of the ’60s. The Beatles spent several months in Rishikesh, India with Maharishi Mahesh Yogi, the founder of the TM technique. Paul and Ringo continue to practice TM and support the work of the David Lynch Foundation, which aims to teach TM to at-risk populations.

When asked about learning TM with Maharishi, McCartney said, “It was a great gift that Maharishi has given us. It came during a period at the end of the 60s when we were looking for something that could bring us more stability, and it was a lifelong gift. It’s something you can call on at any time.”

McCartney sat down with filmmaker and fellow TM practitioner David Lynch to talk about TM.

The King of Pop’s 1993 performance was the first time a star of his calibre performed at the Super Bowl halftime show.

Jackson’s performance is reported to be one of the most watched events in television history.

Katy Perry has become one of the most active advocates of TM in recent years. Katy TM to be so beneficial that she paid for her entire crew to learn during one of her world tours.

Katy discussed the benefits of the technique with TM teacher Bob Roth:

Stevie Wonder learned TM in 1970, and even sung about it in his 1973 song Jesus Children of America.

The Rolling Stones headlined the Super Bowl halftime show in 2005.

Inspired by The Beatles, Mick Jagger learned TM in 1967.

Usher performed at Cowboy’s stadium alongside The Black Eyed Peas and Slash.

Legendary producer Rick Rubin says that he would practice TM with the several of the guys before each recording session while they were working on Californication.

Producer Rick Rubin has talked about practicing TM with Petty before recording sessions for Wildflowers.

Smokey performed with other Motown legends at the Super Bowl half-time show.

Smokey credits Paul McCartney with encouraging him to learn TM.

Sting performed with No Doubt at the 2003 Super Bowl.