What Do Kanye West, Johnny Cash, The Red Hot Chili Peppers And The Dixie Chicks Have In Common? 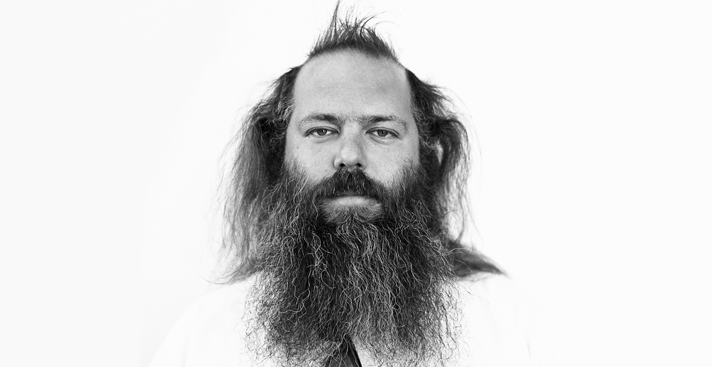 Have you ever heard of Rick Rubin? What about Jay-z, The Red Hot Chili Peppers, Kanye West, U2, Lana Del Rey, Eminem, Johnny Cash, or the Dixie Chicks? Believe it or not, Rubin has played a huge role in all of their musical careers and so many more. His appearance, positive attitude, and production tactics have many people referring to him as a “guru” of the music world. He makes people he works with feel inexplicably comfortable, allowing them to fully express themselves in the moment. Natalie Maines of the Dixie Chicks has praised his production methods, saying, “He has the ability and the patience to let music be discovered, not manufactured. Come to think of it, maybe he is a guru.”

Along that line, the David Lynch Foundation recently presented Rick Rubin with the Lifetime of Harmony Award. 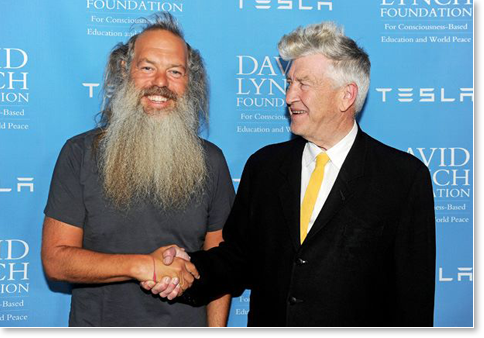 David Lynch said, “Rick Rubin is the hottest music producer around. He has the ears to hear. He has the genius to tune into each artist he works with to bring out their true self—their dreams—their wishes—and the genius to make their music sound better than they could imagine. On top of this, Rick is a long time Transcendental Meditation meditator and has brought Transcendental Meditation and its benefits to many others traveling along his road. Rick is living and enjoying the good life which comes from diving within each day. We at the David Lynch Foundation are so happy to be honoring the great Rick Rubin with the Lifetime of Harmony Award.”

The following is from an interview held just before the event between Rolling Stone Magazine’s, Avid Edwards and Production Legend, Rick Rubin. 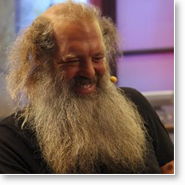 Before the tribute started, a trim Rubin sat crosslegged and barefoot on a chair in an empty banquet room, looking like a guru with his long gray beard (albeit one in shorts and a T-shirt), to discuss Transcendental Meditation’s role in his life and music.

How did you get interested in transcendental meditation?
When I was 14 years old, I went to see my pediatrician, the doctor who delivered me, because my neck hurt when I went to school. He said, incredibly for his day, that it was stress and I needed to learn to meditate. As he said it, I remember thinking, My parents aren’t going to go for this. But they said, “Oh, well, if that’s what the doctor says.”

Were you skeptical when you started?
I was open to it. I’m a Beatles fanatic, and the Beatles connection [they learned TM from its inventor, the Maharishi Mahesh Yogi] was strong enough that I wanted to learn anything that the Beatles were involved in.

Did you drop acid for the same reason?
No, I’ve never done that. 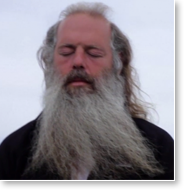 Did TM work for you?
I can’t remember how it affected my neck issues, but it definitely affected my life. I did it from when I was 14 until I was going to NYU. Maybe stopping was a backwards version of trying to find out who I was — meditating was part of my family life, even though nobody else in my family did it.

After I moved to California, I decided I was going to start again, after not doing TM for five years. To actually start took months: it seemed like a very big decision. From the first meditation back, I realized that the person I am was shaped by the experience of the years of meditation. I feel like I can see deeply into things in a way that many of the people around me don’t, or can’t.

How has it colored what you do musically?
It allows me to be very present with the artists I’m with. I think TM has trained me to be a very good listener. It’s a big part of the job. 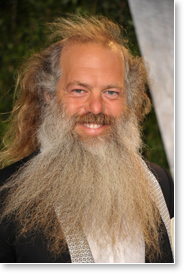 There’s a great deal of bull&@#t that people think about when they make music, things that don’t matter. TM kind of wipes that away, and you focus on the real job at hand, as opposed to thinking about what the management wants, or what the record company’s saying, or what somebody at a radio station might think.

Talk a little about your daily TM practice.
Typically, I’ll wake up, sit up in bed, and do 20 minutes. When I wake up in the morning, usually the remnants of dreams are still very present in me, and it takes me a minute to get to be me again. I’m a little lost when I wake up. TM helps me center and ground myself. When possible, I do it again before dinner. Then the evening starts as more of its own time, and not just a continuation of the busy work day. Although sometimes it’s a busy night. 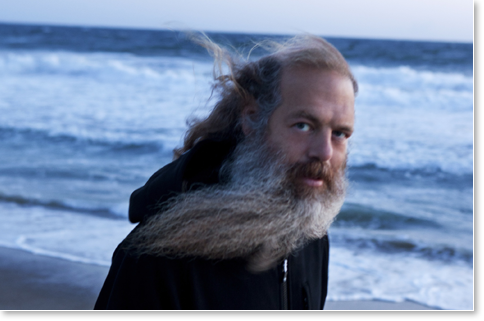 People seem to talk about TM with both a mystical language and scientific language.
It’s both. I’m more attracted to the mystical side, but the reality is there’s all these scientific surveys that support the mysticism. It usually works that way — eventually science catches up to the magic.

Do you think your own creativity has changed over the years?
It’s always intuitive, but over time, the craft becomes better. In the beginning, I was a complete novice, and now I’m a complete novice with 30 years of experience. There’s wisdom that comes with experience. I would do certain things in the early days that wisdom would have prevented me from doing, and those were probably good things too! When I started in music, it was only about a drumbeat and words. That was about my level of understanding, and then over time, I started understanding more of the elements that could be used. It’s just more tools in the toolbox: this song would sound good if it had a bigger production, and this song would sound good if it was stripped down, and knowing the difference.

Jerry Seinfeld: “The Thing That I Love ...

How Transcendental Meditation Helped Me Through A ...