Transcendental Meditation Makes a Comeback, With The Aim Of Giving Back 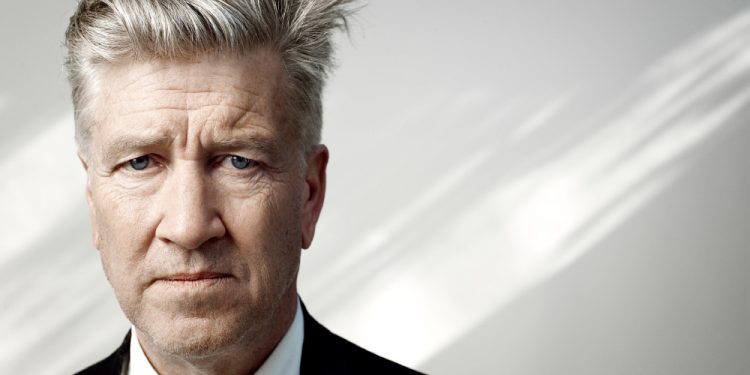 “Transcendental meditation (TM) has been having a renaissance in recent years: Celebrities, businesspeople, and regular folk are practicing it in record numbers. Last week, the David Lynch Foundation, the major non-profit champion of TM, hosted an event in New York City at which public figures like Arianna Huffington, Robin Roberts, and Cynthia McFadden discussed the transforming role of TM in their lives. They made compelling arguments for what the practice had done for them, as previously harried and stressed-to-the-max businesspeople – they may still be stressed, but at least they’re able to balance it with a sense of calm. But the Foundation has a larger goal: To bring TM to schoolchildren, domestic abuse survivors, veterans, and prison inmates to help give them tools to process their trauma and reclaim the capacity to live fulfilling lives. And that’s not a bad goal to have.

The TM movement itself has had some bumps in its past. Developed in the 1950s by Maharishi Mahesh Yogi, it rose to popularity after The Beatles “discovered” and helped propagate it – by the late 70s, 4% of Americans were practicing TM, according to a Gallup poll. Then things started to get shaky – and TM began to be associated with some cultishness. But in the last decade or so, the practice has gained back the respect and indeed acclaim, as people – some very famous ones – began to flock to it for its simple and straightforward method to find inner peace.

The business-meets-meditation stories are everywhere these days. Huffington told the endearing but jarring story of when she’d awoken in a pool of her own blood in her office, having passed out from exhaustion; it was then, she said, that she realized that money and power were only two legs of a three-legged stool – self-care, including meditation, being the other critical leg. And the list of companies that encourage their employees to meditate – by teaching it to them and by providing meditation time and space – is growing. Google, Target, Nike, Aetna, and Goldman Sachs have integrated meditation into their cultures.

But the more pressing focus of the David Lynch Foundation is to give psychological support in the form of TM, at low or no cost, to those who need it most: Veterans, schoolchildren, prison inmates, and women and children who have survived domestic abuse. To be sure, TM isn’t the only meditative practice that’s been used to help these groups of people. Yoga, mindfulness, and other forms of meditation are other increasingly common tools in the “service” arena. But, says Bob Roth, CEO of the David Lynch Foundation, there’s something quite simple and powerful about TM which makes it particularly well-suited to touch people who have been through emotional turmoil, or worse. Perhaps its greatest benefit is that it’s relatively quick to learn and easy to master. No waiting weeks or months of practice before you see results: TM cuts right to the chase, taking only days – or for some, minutes – before one feels reprieve from their painful and overwhelming thoughts.

“With TM, you’re given a mantra – a word with no meaning – and taught how to use it,” says Roth. “The active thinking mind settles down to a state of inner calm without any effort. It’s not clearing your mind, as in focused awareness meditation, and not gently observing thoughts as in open monitoring (which is vipassana, or mindfulness). I can put it even more succinctly: TM uses sounds or mantra that has no meaning as a vehicle to experience a quieter, less agitated thought process.”

With the two classical forms of meditation – focused awareness (samatha) and open monitoring/mindfulness (vipassana) there’s generally more practice involved. With focused awareness, the practitioner uses a mantra or other object of concentration to bring a wandering mind back, again and again. With open monitoring/mindfulness, people observe their thoughts with curiosity and some detachment, so that they eventually lose their charge. Though the former is typically learned before the latter, they ultimately work in tandem and complement one another in practice.

To describe TM’s psychological effects, Roth often uses an ocean analogy: An agitated mind, he says, is like 30-foot surges at the surface of the ocean. Focused awareness tries to stop the waves at the top, he says, while open monitoring tries to observe them until they go away. TM, on the other hand, says Roth, has its practitioners plunge deep below the waves, to a quieter depth that’s perfectly still, and blissful. Roth adds that unlike the two classic forms of meditation, “the third form of meditation, TM, is self-transcending. It’s not concentration, and it’s not simply observing thought. TM creates a specific type of alpha brain waves, which is indicative of a unique state of ‘restful alertness.’”

The practice does seem to be helping a great number of people. Roth says the Foundation has helped bring meditation to half a million school children all over the world, and hopes to bring it to three million adults and children in the next five years. It’s also taught TM to 2,000 veterans and as many female victims of domestic abuse through Family Justice Centers across the US, where it’s offered free of charge. The Foundation has also just begun to teach the perpetrators of that abuse, Roth says. The Foundation can barely keep up with all the requests it has from school systems, family centers, and prisons to teach TM.

“There is no medicine, no wonder drug you can take to prevent trauma and toxic stress. And there is no pill you can take to treat or cure it,” says Roth, “Ambien and Xanax, while perhaps helpful to some, are often abused or mere Band-Aid solutions.” There is some relatively strong evidence that TM can affect the stress response, and much of the scientific support for TM comes from its effects on the cardiovascular system, and blood pressure reduction. “The problem of stress is not going away, it’s getting worse and worse,” says Roth. “TM can be an effective tool. It helps you navigate increasingly stressful times. I’m a skeptical person. There’s nothing to believe in. There’s no buy-in. It just works.”