Successful and Creative Without the Stress 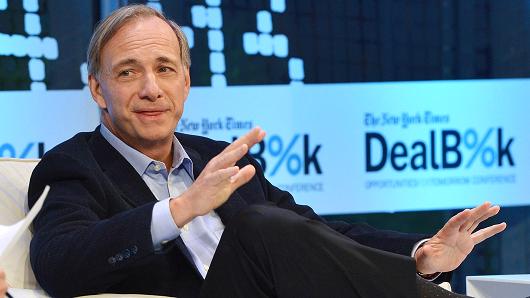 Overcoming Stress Without Giving up Success

Does aiming for achievement and success necessarily mean that we have to accumulate stress?  Do we have to choose between good health and longevity and success?  Experience with Transcendental Meditation indicates both can be enjoyed simultaneously.

“It should not be normal to end up with a heart attack in your fifties if you are successful.  It should not be the price of success,” declares Arianna Huffington, President and Editor-in-Chief of Huffington Post Media Group. To ward off the stress associated with her success, Arianna practices Transcendental Meditation (TM).  Transcendental Meditation is a simple, natural technique for effortlessly and spontaneously reducing mental activity and allowing body and mind to take a deep, restorative rest. 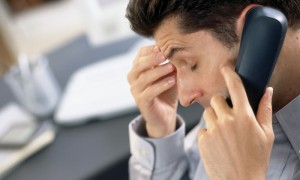 Sarah Boseley, Health editor for The Guardian, writes that research published in the Lancet medical journal, suggests those working a 55-hour week are 33% more likely to suffer a stroke than those working a 35- to 40-hour week (August 2015).

Heart disease and stroke cost the Canadian economy more than $20.9 billion every year in physician services, hospital costs, lost wages and decreased productivity, not to mention the loss of quality of life and the impact on families and friends.

How do some of the world’s most successful individuals cope with long hours and the potential of stress-related illness? According to one study, 80% of highly successful women practice some form of meditation.

Ray Dalio (Founder of Bridgewater Associates, the world’s largest hedge fund) remarks, “If there’s stress, I’ll just break off and go into meditation (TM). It will just wash off of me.”

Mario Batali writer, restaurateur and media personality, says,”[Transcendental Meditation] gives me a wider base from which to see more opportunities.”

Mary Schmidt Campbell PhD, Dean of the Tisch School of the Arts, New York University responds, “When you walk into a room and you walk in with that calm and with that different pace and rhythm, it has an impact on the people who are around you.”

Dr. Mehment Oz, Host of “The Dr. Oz Show” has this to say: “I use it in my office for my patients all the time.  There have been lots of studies looking at Transcendental Meditation. Without any question, it seems to reduce blood pressure as much as many prescription medications. And if I can give you a solution that reduces blood pressure, which is the number one cause of aging, [and] that doesn’t require medication, I think we ought to take advantage of it.” Dr. Oz also has his staff practice TM in the office. He claims it has increased productivity along with more creative input from his staff.

Pamela Peeke MD, MPH, FACP : “[During Transcendental Meditation] the pre-frontal cortex is activated.  This is the CEO of the brain, responsible for planning, strategizing, reigning in impulsivity…this is also the fount of creativity, and you see this very interesting state of being alert but being restful at the same time.  And that’s when you really benefit because of increased creativity.”

She describes her experience with TM: “I have found it to be—I think the word is – transformative……I had a marvellous experience and I have been practising it ever since….You know you’re coming to a core and touching something very important…”

According to the American Heart Association, the Transcendental Meditation technique is the only meditation practice that has been shown to lower blood pressure.

The AHA’s scientific statement* said: “Because of many negative studies or mixed results and a paucity of available trials, all other meditation techniques [including Mindfulness] received a ‘Class III, no benefit, Level of Evidence C’ recommendation. Thus, other meditation techniques are not recommended in clinical practice to lower BP at this time.”

On November 14, 2012, the online version of Time Magazine published an article about an exceptional study that was done in collaboration with the U.S. National Institutes of Health (NIH). The study followed 201 cardiac patients, men and women, over a period of 5 years.

This randomised, controlled study on patients with documented cardiovascular diseases found that those randomly assigned to learn the Transcendental Meditation technique, had a reduction of 43% of risk of death, hemorrhage or stroke in the follow-up period of five to nine years.  This was in comparison to the control group.

The AHA scientific statement concludes that alternative treatments that include the Transcendental Meditation technique are recommended for consideration in treatment plans for all individuals with blood pressure greater than 120/80 mm Hg. * Brook RD et al., Beyond Medications and Diet: Alternative Approaches to Lowering Blood Pressure. A Scientific Statement from the American Heart Association. (Hypertension, 61:00, 2013).

Scientific research is an objective measure of the experiences that TM meditators have on a regular basis.  Heart health can be directly linked to emotional health.  A common exclamation made by those starting TM even for the first time is, “I feel happy, for no reason!”.  One young lad of nine years old bubbled over with so much happiness after his first meditation that he said to his mother in the car on the way home: “Mom, I feel so happy!  I feel so happy I don’t think I’ve ever been happy before!”.  Who needs research to understand how diving deep within that pool of inner silence can improve our outlook on life?

The author, Helene Darisse, is a certified teacher of Transcendental Meditation in Niagara Falls, Ontario.  She has been teaching TM since 1975.