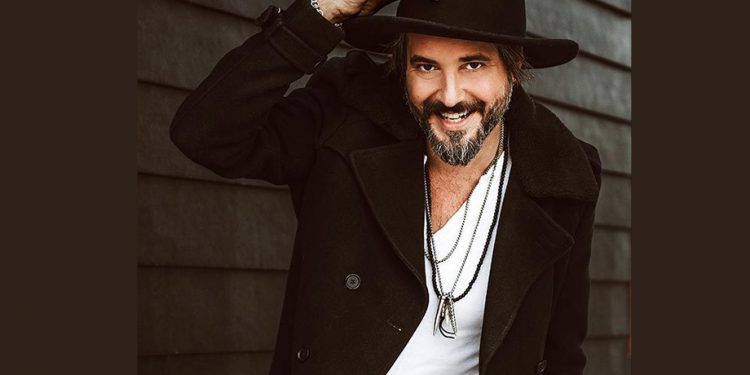 As a correspondent on ET Canada, Roz Weston has interviewed A-listers like George Clooney and It Girls like Amy Schumer. When he’s not working the red carpet, the former Howard Stern intern is the co-host of Kiss 92.5 radio morning show The Roz and Mocha Show. It’s a hectic schedule, which is why Weston takes twenty minutes out of every day to meditate. Here, he shares some of the secrets to his success, including why he would happily interview Alec Baldwin every day

Never meet your heroes (meet Steve and Alec instead)

If you told me when I was a kid that I would get to interview every rock star who was on a poster in my wall, I would have lost my mind, but the truth is that most of them have been a disappointment. The best interviews that I’ve had are when the person knows what they’re doing. Steve Carell is so incredibly good at interviews. You walk in to a room – I don’t know him, he doesn’t know me, but for four minutes we act like best friends. He is just a master. Alec Baldwin is a master too. I could interview Steve Carell and Alec Baldwin every day of my life and be completely fulfilled. I don’t have bucket lists in terms of who I want to interview. I would rather have great conversations. Even if they are a little fake or frivolous, these are guys who respect the role of the person in front of them. When you’re dealing with a celebrity who doesn’t have that respect, you can feel it.

The secret to boundless energy in 20 minutes

A few years ago I was feeling very overwhelmed by the pace of my life and the responsibilities I had. I was looking for something and I didn’t know what. I heard about Transcendental Meditation [a form of “relaxed awareness” meditation founded by the Maharishi Mahesh Yogi in the mid-1950s and practised by notables such as Jerry Seinfeld and Oprah Winfrey] from a friend. I’m not a religious person at all, so it was nothing to do with that. It was first described to me as yoga for your mind. You shut everything down, you go deep and when you come out of it you have so much energy. It is a literal recharge. In the middle of the day when we all break for lunch, my colleagues all go to the cafeteria and I go to my dressing room and meditate for 20 minutes and then I’m good to go. A 13-hour workday with five hours’ sleep is not a problem. It’s not like the kind of meditation where you sit cross-legged and clear your head of all thoughts. Thoughts come into your head and they sit there and you let them go and you go deeper and deeper. I now have the ability to deal with issues, thoughts, information so much more effectively than I did before. I no longer feel overwhelmed. I used to feel overwhelmed every second of the day.

When I’m interviewing a celebrity, I don’t ever ask what they think about something. Instead I ask how they feel about something. It’s a subtle difference, but when you ask somebody what they feel, they go to a more authentic place. When you ask somebody what they think there may be this feeling that they are not qualified or that they are going to say the wrong thing, but everybody is qualified to have feelings. In general, I try to find an emotional angle in any interview. Emotion doesn’t necessarily mean somebody is crying, it just means that it’s real feelings. Jennifer Aniston is a person too. When she walks into the room and you can tell that her shoes are killing her feet, I’ll ask her about that rather than the set of her movie.

Kim Kardashian is news: deal with it

I started my career in news and public affairs. When I was working in news, 9/11 happened and I would go into work every day and tell the same story over and over and over again, because that’s what the audience wanted. With ET Canada, the reporting and producing is no different, the mechanism is the same. Whether you like it or not, Kim Kardashian matters because Kim Kardashian is money. If Kim Kardashian didn’t earn a lot of people a lot of money, nobody would care about her ass or her marriage or her baby. Somebody may not like our content, they may say it’s frivolous, but you could say the same about football. Is the Super Bowl frivolous? Look at Donald Trump: it’s a circus. Are there more important things to talk about – of course, but there is no denying that celebrity news has become a part of our culture.

The wisdom of Howard Stern

When I was starting out in my career I was an intern for Howard Stern. This was 1994 – after the book, before the movie. The lesson that I took away from that is that success at that level is about being professional. People thought, oh I want that job, it must be so fun, there must be strippers everywhere. The reality is, it was an office, and an extremely hard-working one. To this day, the professional environment is where I feel most comfortable. I prefer being in the office to being on the performance stage. I don’t need to have a ton of fun at work.