Finding The Courage To Take The Leap From Ballet To Broadway 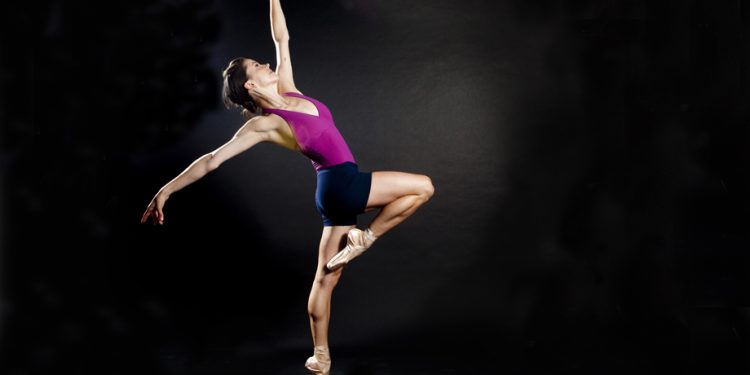 It’s not often that a fifteen-year-old girl from Salt Lake City finds herself auditioning for the School of American Ballet. And even less likely that the aspiring ballerina gets accepted, graduates, joins the New York City Ballet corps de ballet at age eighteen, becomes a soloist by the time she’s nineteen, and a principal by age twenty. Rarer still for this talented dancer to take the leap from ballet to Broadway star, dazzling crowds and critics alike.

It doesn’t sound real, yet this is the life of Megan Fairchild, age thirty, who is starring in the current revival of the Broadway musical On the Town to great acclaim.

With TM I turn my stress dial back a little bit every day instead of letting it constantly turn up and build on itself.

Elisabeth Vincentelli of the New York Post writes, “The bell-bottomed boys traditionally dominate this show, but the brightest star in this new revival isn’t one of them: It’s Megan Fairchild, a New York City Ballet principal now making her Broadway debut. That she’s graceful and strikes breathtakingly beautiful lines was a given.…But it turns out the elfin ballerina’s also a nimble, effortlessly funny comedienne. The show explodes with unfettered joy every time she’s onstage.”

When I mention the rave reviews to Megan, she says modestly, “Yes, it’s been crazy.”

Linda Egenes: What made you take a year off from your successful career with the New York City Ballet (NYCB)?

Megan Fairchild: I think it’s no coincidence that my little opportunity happened after I learned Transcendental Meditation almost a year ago. Just five months after starting TM, I got a text from the casting director of On the Town, wondering if I’d be interested in auditioning.

And I’m like, “I am not a Broadway performer. This is crazy.” I laughed about it for a day, and then something happened. The next morning I woke up and I thought, “Why not?”

That was a really important moment for me. Normally I would have been too shy, or would have thought no, that is not me and stayed in my little bubble. Instead, I was thinking that I am at a point in my career where I am ready to try new and different things, and this could be an exercise in jumping out of my comfort zone. I honestly believe that TM had something to do with that decision.

LE: How is performing on Broadway different from ballet?

MF: It’s more fun than I expected. Not that there isn’t pressure on Broadway, but there is a little bit more of an “it’s just entertainment” kind of attitude, as opposed to ballet where everything has an ideal or perfect line that you are trying to create. There’s a lot more freedom when dancing on Broadway.

LE: Would you say it’s less stressful? I mean, there’s a popular perception that ballet is a stressful profession.

MF: I love my job at the NYCB because I love the people I go to work with. […] But now that I’m stepping away from ballet for a year, I see how much pressure we are all under. We are never done working on being perfect. It’s never, “Oh, that’s great.” It’s always, “Oh, you need to get your leg higher; I need you to turn around one more time in that pirouette; or, wouldn’t it be better if your feet were pointed more?” It’s endless. 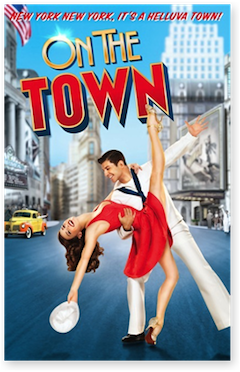 LE: I understand that it was stress that brought you to TM in the first place.

MF: I would have panic attacks where I would pass out and be rushed to the emergency room. They were so intense that, literally, when I was regaining consciousness, I heard someone screaming, and it was me.

This happened every two years since I was eighteen. Life would get stressful, and one little thing like going to get a shot at the doctor’s office would trigger my whole system to shut down. Then it started happening more often, just six months apart. I had to miss some performances. So I thought, “OK, this isn’t cool. This is affecting my job. I need to figure out how to manage my life in a way that is going to be a little more relaxing.”

One of my ballet masters at NYCB, who did TM, suggested that I try it. She was the consummate professional and always in the moment and ready to get her job done. I felt like, well, if she does it, and she swears by it, then I’m going to try it.

LE: So these episodes have subsided?

MF: Yes. The last one was before I started TM. There have been moments that, in the past, would have caused me to get light-headed and possibly go into an episode, but now I watch the moment pass by without any big event. My level of pushing my body was up so high that, basically, a fuse would blow. With TM I turn my stress dial back a little bit every day instead of letting it constantly turn up and build on itself.

LE: Does transcending in your daily TM practice help with balancing artistry with technique? 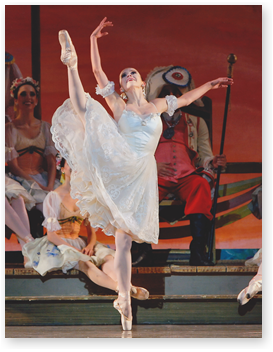 MF: I think it helps you be a little more fearless. Before, I would hold on to trying to be really perfect and also was kind of obsessed with certain technical steps. Now, it’s more of a bigger picture, being completely in the moment of each step as it’s happening instead of worrying about that technical step coming up. I am enjoying my own performance more and taking every step and every movement to its fullest.

I think what makes a great performance is when you are free to dance to the music in a way that feels fresh and spontaneous and isn’t contrived. You are in the moment and reacting to the music as the orchestra plays it.

In general, I have more patience with myself.

LE: In what ways?

MF: Say I do a bad turn or I don’t feel my best that day, or maybe I don’t feel like always being in a leotard or something. TM helps me to let the little stresses that come with being a ballet dancer just roll off a little easier. I am a lot more resilient. I am not getting obsessed over the difficulties of working with this partner or that. It’s just a little easier.

I used to feel that things would stick to me like Velcro, and now, things just roll off. I still recognize moments happening that would normally frustrate me, but they just don’t irritate me as much as they used to. I am more able to deal with the stresses that come with my job.

How Transcendental Meditation Helped Me Live In ...