Health and Wellness
By Article first published on TheFix.com
1839
0
Share: 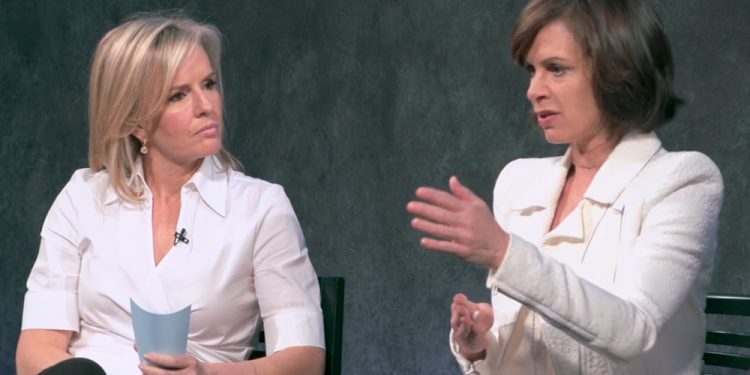 A growing number of people are finding that Transcendental Meditation is an essential tool in their recovery.

Drug overdose is the leading cause of accidental death in the United States. Out of 47,055 fatal drug overdoses in 2014, prescription painkillers and heroin were attributed to 29,467 of them. The federal government has pumped billions of dollars into funding treatment and prevention strategies, but the epidemic has yet to show any sign of waning.

A part of the solution may lie in Transcendental Meditation. This was the theme of a national summitheld in New York, where medical experts and recovering addicts, including comedian Russell Brand and 20/20 anchor Elizabeth Vargas, gathered to discuss the role of TM in addressing America’s opioid crisis.

Mindfulness meditation is already used in rehab programs across the US, but TM is just beginning to gain momentum in the public eye. Panelist after panelist of recovering addicts testified to the healing power of the TM technique.

The national summit was sponsored, in part, by the David Lynch Foundation, whose mission it is to bring TM to at-risk populations to alleviate the toxic stress they are dealing with. Since it was established a decade ago, the Foundation has applied TM to pressing issues such as violence in urban schools and veterans suffering post-traumatic stress disorder. Bob Roth, the Foundation’s executive director, told that the results have been positive across the board.

And now, given the severity of the heroin and painkiller epidemic, the Foundation is exploring the potential application of TM in treating drug addiction.

The Root of the Problem

Toxic stress is at the root of America’s drug problem, says Roth.

“America’s drug problem is brought on, in large part, by the epidemic of toxic stress which pervades American life today,” Roth told. Stress fuels anxiety, depression, sleep disorders, eating disorders and learning disorders, which, in turn, can lead an individual to self-medicate to “mute” these issues. “But, of course, it doesn’t work,” said Roth.

“We are by default a pill popping country,” said panelist Dr. Richard Friedman, a professor of clinical psychiatry and director of the Psychopharmacology Clinic at Weill Cornell Medical Center. “It’s much easier to just take a pill.”

But quick fixes fail to address the root of the problem, says Vargas. The award-winning ABC News anchor struggled with anxiety since she was young. She began having “daily full-blown panic attacks” at the age of six, when her father went to fight in the Vietnam War. “Doctors don’t ask you about anxiety,” she said. “It took me years and years to screw up the courage to tell somebody I felt anxious. And then once I told a doctor I felt anxious, I was given a prescription.” Pills were a bandaid, a shaky solution to a much deeper issue. “Eventually, in adult life, in the last decade, I turned to alcohol as a way to soothe my anxiety,” she said.

Her experience is just one example of the faulty logic behind America’s prescription drug obsession. “Nobody’s treating what’s causing the anxiety, they’re just treating the symptoms of the anxiety,” she said.

Vargas has been practicing TM for about a year now. When she got back from rehab in 2014, fellow ABC anchor George Stephanopoulos encouraged her to try the technique. A year later, she says her anxiety “is a lot less than it used to be.”

“Transcendental Meditation helps you slow down,” said Vargas. “If you can slow down long enough to think clearly, you can start to not only manage that panic, but understand that what you’re so terrified of isn’t really that terrifying.”

TM is not about stopping thought, says Roth. It’s about accessing inner calm. “It’s not miraculous. It’s a mechanism,” he said. Roth, who is one of the most sought-after meditation teachers in the country, likes to use the ocean metaphor to explain the Transcendental Meditation technique. You’re on a boat in the middle of the ocean, getting rocked by the waves. “You’ve got this turbulence on the surface, but the depth of the ocean is always silent,” said Roth. “And that’s analogous to our mind.” Dr. Norman Rosenthal, a clinical professor of psychiatry at Georgetown University School of Medicine, recommends TM to almost all of his patients. “I’ve been giving these psychoactive medications for decades, and I still do when they’re needed,” he said. “But over the years, I’ve learned everything that medications cannot do. There are so many things medicines don’t do, plus side effects that are really problematic.”

“We really need to understand interventions like TM and what they can do to enable people to lower dosages, ameliorate side effects, and do things like expand consciousness,” Dr. Rosenthal added.

The Research on Meditation and Recovery

There’s already ample research demonstrating TM’s wide-ranging benefits, which include reducing stress, anxiety, and insomnia, to name a few. “Even in the mid ‘90s, there were 19 controlled studies related to drug and alcohol abuse, where TM was vastly superior,” said Dr. Rosenthal.

But there’s always room for more research. And in light of the growing opioid epidemic, organizations like the David Lynch Foundation are interested in what TM can do for people with substance use disorders.

The newest development in TM research is a feasibility study on the impact of the TM technique on preventing alcohol relapse, currently underway at the Avery Road Treatment Center, an inpatient alcohol use disorder treatment facility in Rockville, Maryland. Over the course of one year, TM will be integrated into treatment at Avery Road, which has the highest volume of primary alcohol use disorder patients coming through the facility in the state of Maryland.

According to Roth, the preliminary findings offer “intriguing insights into how the technique can be used to address the problem of opioid addiction.” He calls it an effective antidote to the “nightmare of addiction.”

“When you take these positive results with previously published data that shows TM increases dopamine and serotonin, reduces cortisol and blood lactate (which are high in anxiety states), and increases immune system efficiency, you can see the potential of this simple technique in recovery programs,” Roth told The Fix.

The feasibility study is being funded by the Peter G. Dodge Foundation, an organization dedicated to helping people navigate alcoholism recovery. The founder himself, Peter Dodge, is a recovering alcoholic who says he struggled to find an alternative to AA, which did not work for him. Now in a stable place in his recovery, Dodge works through his Foundation to provide a comprehensive guide to alcoholism recovery, as well as research grants.

Dodge began practicing TM two years ago. Since then, he says the difference has been like night and day. “My brain has been completely rewired.”

Jonny Podell and Ruby Warrington agree. They, too, have struggled with addiction, and found that TM was able to elicit not just a spiritual change, but a physiological difference in their recovery. Podell, who used to work in the music industry, relapsed after he was prescribed pain medication for hand surgery. Eventually, he was taking 200-300 pain pills a week. “It was a nightmare,” he said. When Podell was introduced to TM in rehab, he said the “sky opened up.” He hasn’t had a drug urge in four years, he says, an “impossibility that I personally attribute to TM.”

Another panelist, lifestyle journalist Ruby Warrington, was a habitual drinker but wanted to stop for her wellbeing. Ultimately, her recovery journey brought her to TM. “The craving has just completely gone,” she said. “It’s almost like the final piece of the puzzle in terms of my own struggle with alcohol.” Meditation was able to fulfill what Brand calls “a kind of yearning” that he previously tried to address with substances. “What I believe I was looking for through my continued excessive and abusive use of substances was a different plane of consciousness, a different way of feeling.”

“Anyone who’s an expert in the behavior and thinking of addicts will tell you it is their destructive, compulsive, obsessive thinking that leads them to continually to misuse drugs and alcohol,” he said. “This specific technique of TM is a way of addressing thought, of changing consciousness.”

Brand has been meditating for seven years. “Certainly it gives you a different perspective. And perspective is everything.”

Roth, with the help of big-name TM devotees like Brand, Vargas, and filmmaker David Lynch, is working to bring TM to the masses. The technique does not only benefit those suffering mental health or substance use disorders, Brand said. It can have a profound impact on any person.

For those in the audience who work in the field, the summit opened the door to implementing TM in their own practices. Jo Sullivan, a certified addictions counselor at Nick’s Place, a recovery home for young men in Beltsville, Maryland, said she was intrigued by the panelists’ testimonials. Sullivan herself has been in recovery since 2013. She told The Fix that she plans to use TM in her own recovery and introduce it to the residents at Nick’s Place.

“I have watched them do everything from improv and storytelling to creating their own relapse prevention plans, so I am sure they’d be open to try,” she said.

10 Great Quotes on Spirituality from Maharishi